The College, through the application of its Complaints and Grievance Policy, will develop and maintain an effective, timely, fair and equitable complaint / grievance handling system which is easily accessible to students and offered at no charge.

The grievance handling system will address any expression of dissatisfaction with any aspect of the College’s services and activities, including both academic and non-academic matters, such as:

All stakeholders including potential and past students and clients may use the College Complaints and Grievance Policy if they are dissatisfied with any aspect at the College.

Use of the College Complaints and Grievance Policy does not limit a complainant’s other legal avenues or rights.

Students, including those receiving government-subsidised training have certain rights and obligations.

Students have the right to a quality of training that meets the standards, regulations and requirement set down by the Australian Skills Quality Authority (ASQA) and under any government-subsidised training program they are enrolled in.

They also must be informed about the collection and use of their personal information, and be able to review and correct that information; and be able to access the Colleges consumer protection complaints process.

Students' obligations include: providing accurate information to the training provider; and behaving in a responsible and ethical manner.

Details about the Complaints and Consumer Protection Policies

Talk To Us About Your Concerns

We pride ourselves on the quality of services we deliver; and we strive to improve even further.

That doesn't mean that from time to time we don't get it wrong.

Please give us a chance to address your concern. 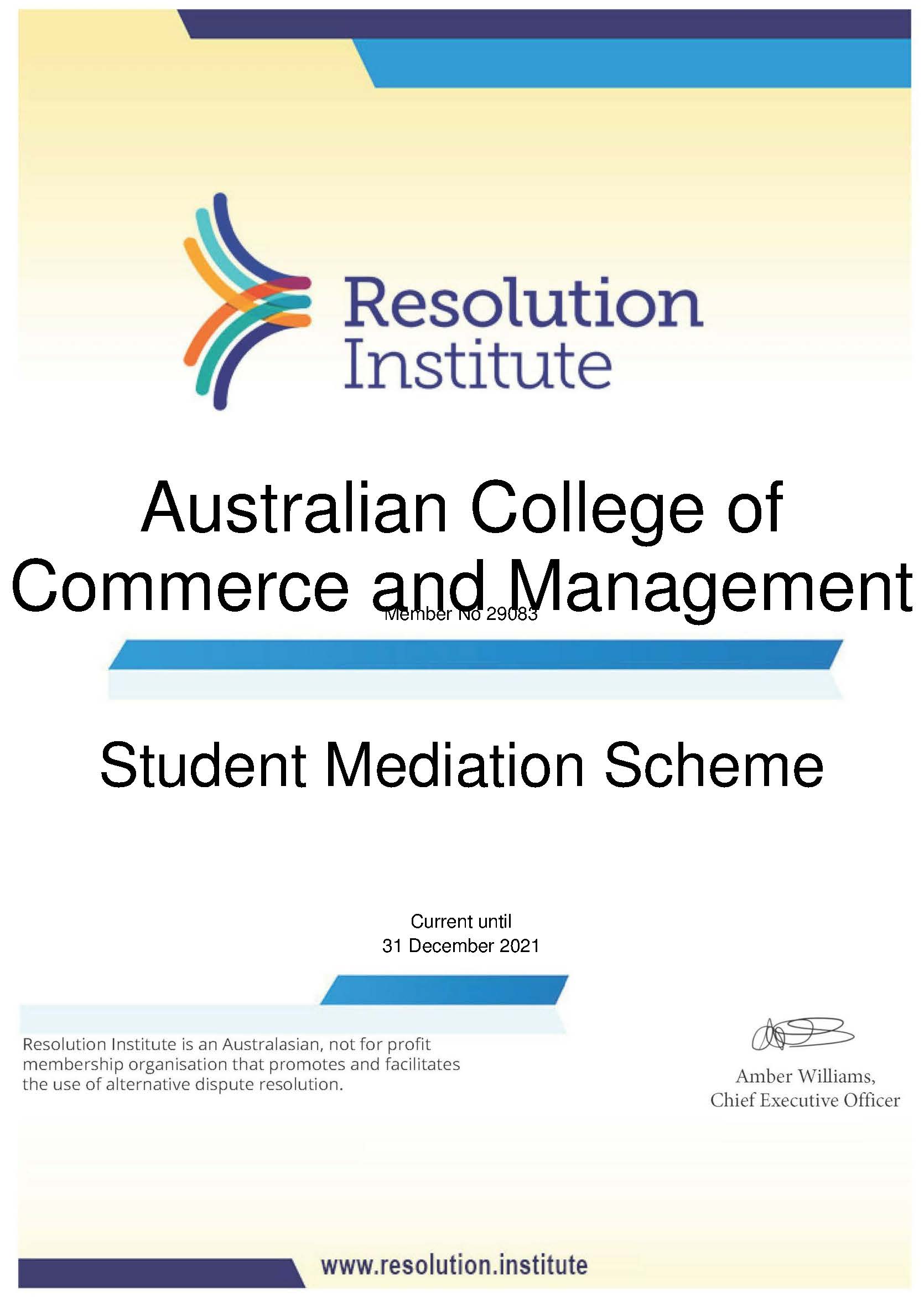 ACCM College is a member of the Resolution Institute Student Mediation Scheme.